COMPARE, CHOOSE AND SAVE FOR FREE

As the capital of Ohio and the home of more than 787,033 residents, Columbus is undoubtedly a busy city. With the presence of major universities and a robust tourist industry, it’s no wonder that the city requires a significant amount of affordable and reliable energy.

Energy rates in Columbus tend to see massive spikes around May and June before coming back down again toward the end of the year. Check out Columbus energy rates andnatural gas plans to see what prices and options are available.

The Ohio General Assembly started the deregulation process in 1999. The goal was to let consumers have the option of choosing their own energy providers. Columbus-based consumers can choose between plans that are as short as six months and as long as 24 months.

Of course, deregulation isn’t an especially complicated idea. People have been benefiting from deregulation for centuries. If a company is forced to compete with other companies for customers, costs go down naturally because price is one of the ways that businesses can attract customers. The energy industry is no different in this regard, and energy choice in Columbus has given residents more control over their electricity bills than ever before.

Now that the deregulation process is in effect, the business-consumer relationship has changed. Prior to the changes introduced by the Ohio General Assembly, there was one Columbus wires company doing the distribution, transmission and selling of energy. After deregulating, the same company handles the distribution and transmission of energy, but different providers manage the sales.

Columbus Southern Power Company (AEP) is the wires company in Columbus. This is the company that distributes the electricity. From AEP Energy to Constellation, Choose Energy has partnered with some of the best Columbus energy providers available.

With green energy accounting for just 0.8% of Ohio’s total energy generation, renewable energy in Columbus has plenty of room for growth. Out of all the sustainable energy methods used in the state, however, hydropower leads the pack so far.

Choose Energy has partnered with AEP Energy, which is good news for consumers who want to save money while staying green. 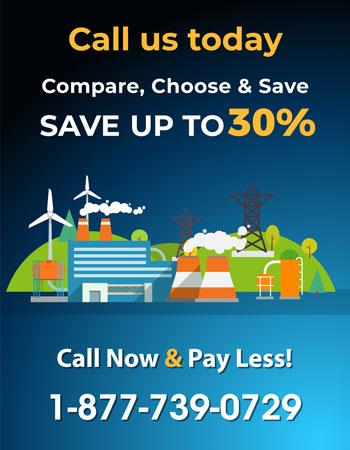